History Of Podcasts: What Is Podcasting And What Should You Know? Podcasting was first discovered and developed in 2004 by Adam Curry (former MTV video jockey) and Dave Winer (software developer). Adam Curry and software developer Dave Winer. Curry wrote a program, called iPodder, that enabled him to automatically download Internet radio broadcasts to his iPod. Several developers improved upon his idea, and podcasting was officially born. Curry now hosts a show called The Daily Source Code, one of the most popular podcasts on the Internet.

It is save to say that the history of podcasts starts from iPod and since then, it has been used as a marketing tool for businesses to get more brand visibility and reach a wider audience. At this point of writing, podcasting is still a very popular in the United States and Europe, and lesser in parts of Asia. However, the constant growth of podcasting had shown intrigued many business owners and online marketers in starting their own podcast.

Currently, podcasting is free from government regulation. Podcasters don’t need to buy a license to broadcast their programming, as radio stations do, and they don’t need to conform to the Federal Communication Commission’s (FCC) broadcast decency regulations. That means podcasters can discuss anything and everything under the sun—from four-letter words to sexually explicit content.

However, copyright law does apply to podcasting, though. Podcasters can copyright or license their work—Creative Commons is just one online resource for copyrights and licenses.

Getting Started With Podcasting

Podcast is easy to start and most beginners start with a home studio. Podcast doesn’t rely in public rating (to certain extend) the subject matter of podcasts can range from the refined to the silly to the excruciatingly mundane.

If you perform a search on Apple iTunes store, you will find many different popular podcasts around the world—from crime solving to marketing tips.

Apart from that, it is important to note that there are also podcasters who publish daily, weekly and monthly podcast as a full day job. Podcast advertisement is a popular method to monetize a podcast (one of the best example is Entrepreneur On Fire).

How Much Can I Make From Podcasting?

Last but not least, this is a popular question asked by many. If you have a high downloadable podcast series (at least 10,000+ downloads per episode), you can make anywhere from hundreds to thousands of dollars each month.

Popular podcasters such as John Lee Dumas from Entrepreneur On Fire makes an easy $100,000+ per month with podcasting. You can see his income report here. 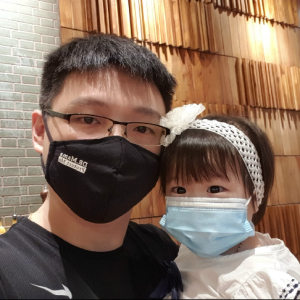 A meticulous entrepreneur by nature, Reginald is a sought-after success coach, digital marketing consultant and TEDx speaker from Asia. Currently, he teaches others how to make money online for free.

Young at heart and a deep passion for entrepreneurial success, Reginald is devoted to share everything he had learned about online marketing with the public. Follow him for more awesome postings. How to Make the Most of Your Business Right Now How To Work From Home During Movement Control Order (MCO)? Industries That Should Take Advantage of Online Marketing More